White Americans must do much better

This post is mostly for white people who grew up, as I did, with whitewashed views of American history.

Slavery ended in 1863 with the Emancipation Proclamation, and the Civil Rights Act of 1964 dealt with some legal aspects of inequality, but neither solved the problems of structural racism in this country. We must confront the contradiction of a beloved country that articulates freedom for all but, from its earliest days, institutionalized the enslavement of people based on race. We live in a nation that has not yet fully confronted the legacy of that past. It is past time to do that. 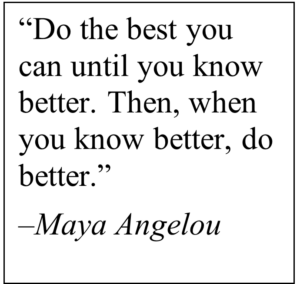 We still have a lot to learn about structural racism, and then, as Maya Angelou said, we need to do better. A Racial Equity Institute program in which I participated last year taught me that the GI Bill – which I had heard so much about from my parents, who bought their first home thanks to it – was not an equal opportunity bill. Black soldiers returning from WWII were too often denied opportunities to obtain low-interest home loans that made all the difference for returning white soldiers like my father. Being blocked from buying homes and being restricted to certain neighborhoods, based on one’s race, meant that many Black families did not accrue wealth associated with home ownership and could not pass that wealth to future generations. In the long legacy of injustice, this is just one example of the many ways Black families have been held back while white families advanced.

A 2020 report from The Brookings Institution said,

A close examination of wealth in the U.S. finds evidence of staggering racial disparities. At $171,000, the net worth of a typical white family is nearly ten times greater than that of a Black family ($17,150) in 2016. Gaps in wealth between Black and white households reveal the effects of accumulated inequality and discrimination, as well as differences in power and opportunity that can be traced back to this nation’s inception. The Black-white wealth gap reflects a society that has not and does not afford equality of opportunity to all its citizens. 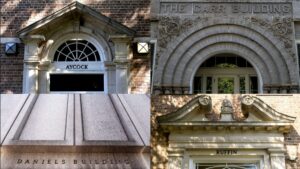 The extent to which slavery and racism shaped university communities is another historical reality that is not widely understood. As documented in Ebony and Ivy: Race, Slavery, and the Troubled History of America’s Universities by Craig Steven Wilder, many universities, including UNC-Chapel Hill, were built by enslaved people. Names of slave holders and white supremacists were removed from several buildings on our campus last year after a careful process of examining those names in the context of history (Commission on History, Race and a Way Forward). While removing names cannot undo history, it is important to take concrete, visible and significant steps to repudiate the legacy of slavery and white supremacy.

What else should white people committed to inclusive excellence do now? 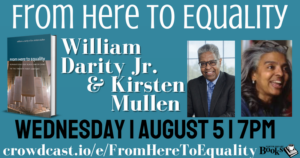 As a country, it is time for serious conversations about reparations for the descendants of slaves. William A. “Sandy” Darity Jr., PhD, is the Samuel DuBois Cook Professor of Public Policy, African and African American Studies and Economics and the director of the Samuel DuBois Cook Center on Social Equity at Duke University. (Dr. Darity previously was on the faculty of UNC-Chapel Hill. His father, the late William A. “Bill” Darity Sr., graduated from our school in 1964, the first African American to earn a doctorate from UNC-Chapel Hill.) Darity has made a compelling case for why we should offer reparations for descendants of enslaved people (a TED talk is available here). From Here to Equality: Reparations for Black Americans in the 21st Century, written by Darity and his wife, A. Kirsten Mullen, offers a roadmap on how to implement reparations as a strategy to overcome the years of suffering and generations of economic disparity that resulted from slavery. (An NPR interview about the book is here and a link to an Aug. 5, 2020, virtual talk with the authors is here.)

What plans do you have for Black History Month? On Feb. 25-26, the Gillings School’s Minority Student Caucus will host the 42nd Annual Minority Health Conference: “Body & Soul: The Past, Present and Future of Health Activism.” Many other (virtual) events are planned during Black History Month at UNC-Chapel Hill and in the Gillings School, including a Feb. 22 Emergency Preparedness, Ethics and Equity Series webinar, “Not A Host,” with alumna Dr. Bahby Banks. I hope to see you at one or more of these events.