COVID-19 deaths exceed 1M in US

In the past week, the U.S. passed an almost unimaginable milestone: one million people in this country had died of COVID-19.

I still remember when an Epidemiology faculty member alerted me in January 2020 to a novel coronavirus with pandemic potential circulating in China that probably would reach the U.S. We were concerned, but at the time, we did not imagine we would have lost 1 million people in America to that virus by May 2022. Still, a 2018 symposium we hosted on the 1918 flu pandemic, called “Going Viral,” gave me a chilling sense of what could happen.

The deaths were higher in areas of poverty and low income, among essential workers, among the very old, and among Black, Latinx and Indigenous people. Disproportionate mortality among these groups is not an accident. It is the result of long-standing inequities which remain today.

It is particularly tragic that, according to recent estimates, including in a New York Times article with amazing graphic intensity, one-third to one-half of the deaths were preventable. All those people did not have to die.

It is difficult to conceive of 1 million lives lost. It seems like we passed numerous milestones (see image below) and got angry and upset, but we accepted the numbers, and then they just kept getting bigger. 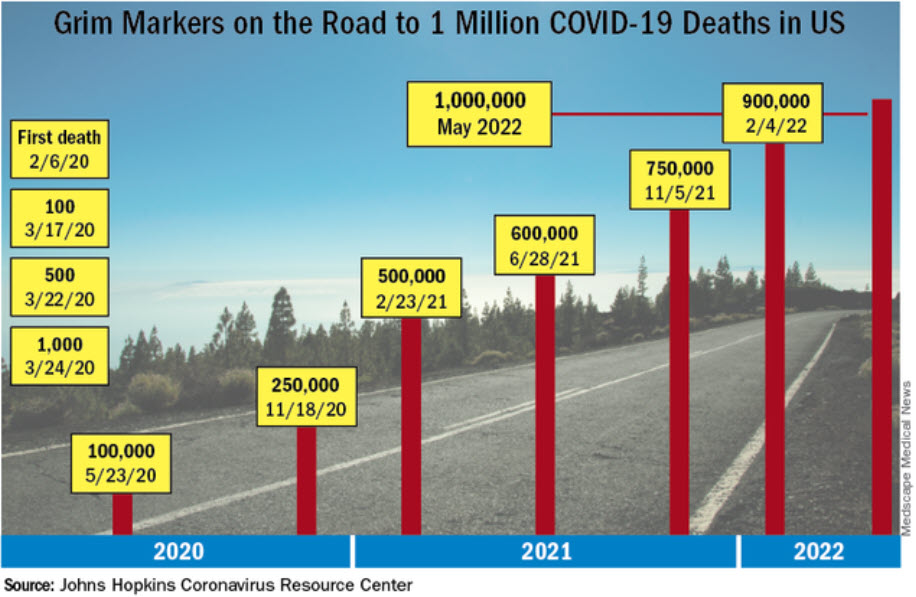 Imagine that all the residents of San Jose, Calif. — the eleventh largest city in the U.S. — died. Or more than the population of Charlotte, N.C. (from 2022 estimates by World Population Review based on recent U.S. Census Estimates). One million deaths would mean all the people in Delaware or Montana perished. So many loved ones gone.

Think about the University of Michigan football stadium, where so many people go on a cool fall day. It is as though all the people disappeared for 10 Saturdays in a row. Or 20 times a packed UNC-Chapel Hill Kenan Stadium. Gone forever. People who were loved, and who left aching hearts behind.

If the U.S. had not denied, lied and been unwilling to take hard (but appropriate) actions, hundreds of thousands of people would not have died. A very comprehensive article in The New York Times compared how Australia and the U.S. handled the pandemic. The authors concluded that U.S. failures had a lot to do with lack of trust: trust in science, trust in public health and health care, trust in government and trust in one another.

Australians did what had to be done, painful as it was, and came together across partisan lines, while Americans denied, argued against rules put in place to save lives, and belittled public health measures that we learned from the 1918 influenza pandemic.

A colleague commented on the fact that Australia and the U.S. share histories of rugged individualism, yet, “when chips were down, Dundee acted for the good of the whole, while Uncle Sam was looking out for number one. Sad.”

Americans still are denying, calling the pandemic over and done, while every day there are more than 80,000 new cases, based on the current 7-day average, according to the CDC; 3,000 new hospitalizations, and 270 deaths. What really scares me about the future is not just how much better we could have done if we had doubled down on the pandemic and fought it with all we had, but also how inured we have become to the deaths. With each milestone of deaths, we seem to have gotten used to the numbers. If we, as a country, do not overcome trust issues, we will not be prepared for next the pandemic.

Every day, I hear about colleagues or members of their families who have COVID-19. Fortunately, none of them have gotten deathly ill, but the spike in cases is worrisome. It is too soon to declare victory over the virus. I keep my mask handy wherever I go and think about how to keep people around me healthy, including in our school and at our school-sponsored events.
Barbara 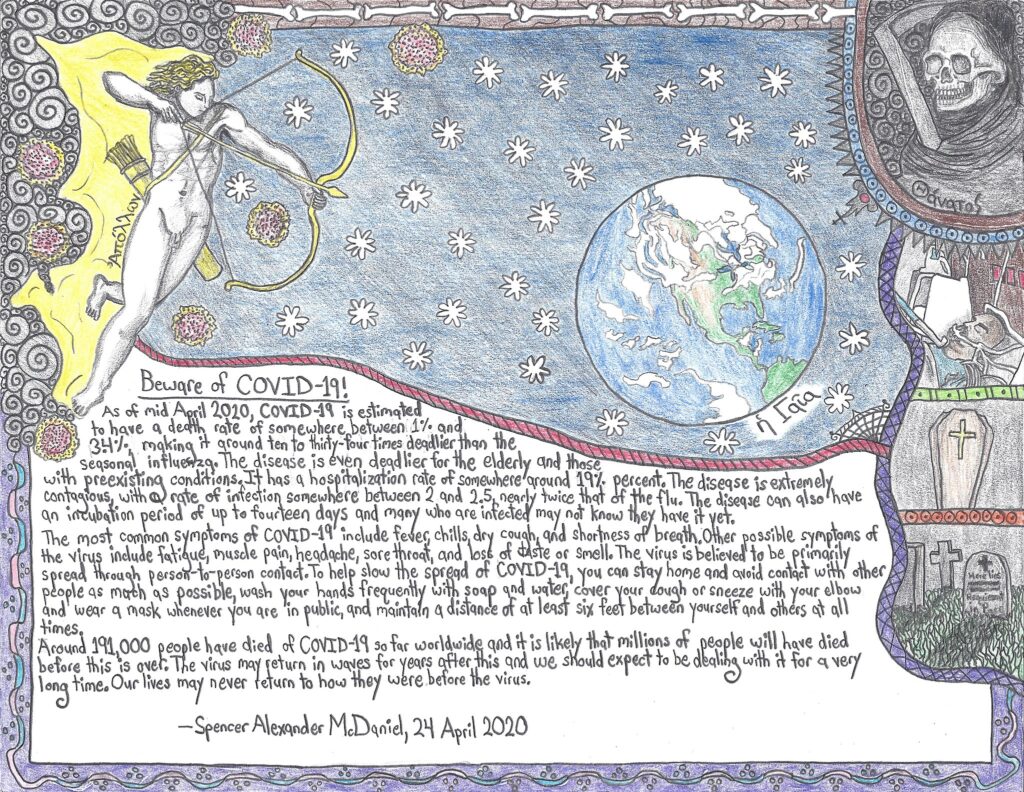 Illustration of Plague and Death encircling the Earth by Spencer McDaniel.
Banner Photo by J. Amill Santiago on Unsplash