Each of the people who died had personal stories, lives they had touched and been touched by. Their deaths leave holes in the universe and in families, workplaces and communities. Some who died were well known and others were not. It does not matter. Each was a human being.

“The numbers do not reflect that these were people,” said Brian Walter, in an NPR story in mid-December, when the death toll topped 300,000. Walter’s 80-year-old father, John, died from COVID-19. “Everyone lost was a father or a mother, they had kids, they had family, they left people behind.”

It has been estimated that “between 70% and 99% of the Americans who died from this pandemic might have been saved by measures demonstrated by others to have been feasible.” If the U.S. had acted decisively, early, the picture today would have been different. Government missteps cost many thousands of deaths, families bereaved and communities grieving. No other country has come close to the calamitous death toll in the U.S. The American flag, the North Carolina flag and flags of other states are flying at half-staff this week in honor of all who have died. 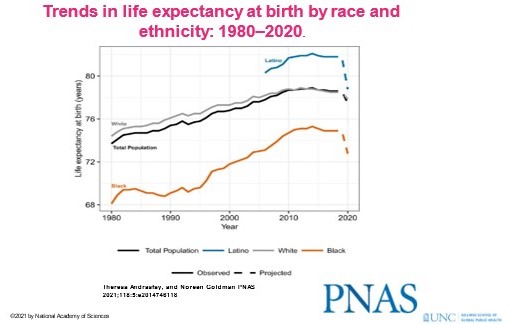 Black and Brown people are disproportionately represented among the 500,000 people who have died of COVID-19. The disease has amplified entrenched inequities due to structural racism. Black and Hispanic/Latino people are nearly three times more likely to die from COVID-19 than are white people, according to data shared by the Centers for Disease Control and Prevention (CDC). While the pandemic will have robbed white men of one year of life, it will have taken three years from Black men.

Our HPM assistant professor, Arrianna Planey, PhD, has reported geospatial data about differences in test positivity for COVID-19 based on race/ethnicity of individuals and within neighborhoods with a higher proportion of Black or Hispanic residents. 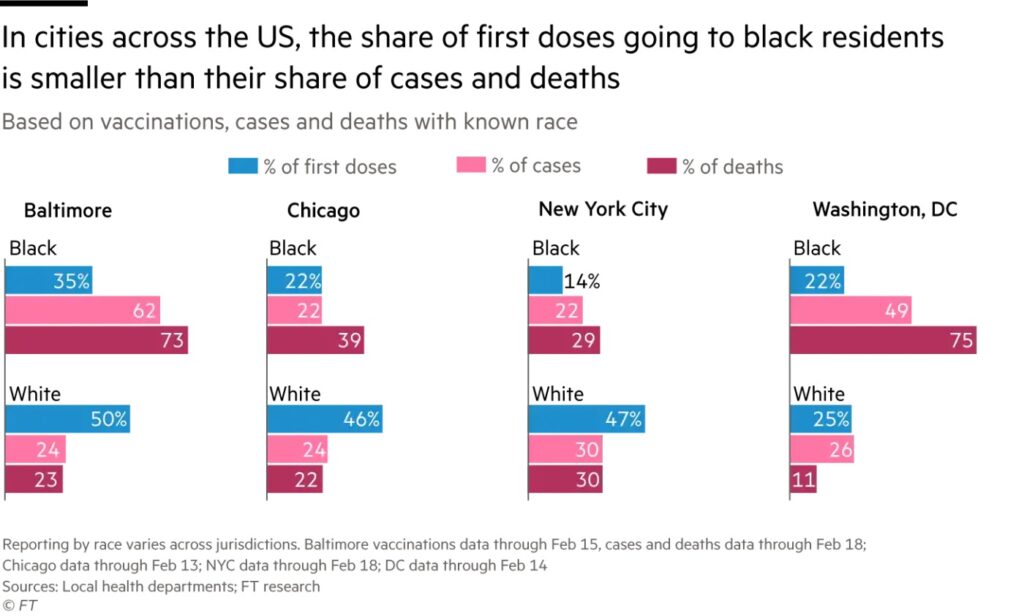 People living in areas hit hardest by the pandemic are being vaccinated at a slower rate than the rest of the US population, according to a Financial Times analysis of data from five major metropolitan areas, underscoring deep-seated racial disparities in access to inoculations.

Government health officials are alarmed by lower vaccination rates in neighbourhoods where people of colour tend to live, especially African Americans, and the FT’s analysis suggest that this is among the biggest factors in whether someone has received a jab.

A map illustrating vaccine distribution (in Chicago) by zip code underscores historic segregation in the city, which has more resources — from grocery stores to parks — in the predominantly white North Side and downtown, and fewer in majority-black neighbourhoods to the south and west.

To commemorate the tragic milestone of 500,000 deaths, recognize the enormity of the loss, and remember those who have succumbed to COVID-19, UNC Health held an outdoor, masked event, with the U.S. flag at half-staff, ringing of the Belltower on campus 19 times, and a reading of the poem, “We Remember Them,” followed by two minutes of silence. I have been comforted by the poem in times of loss. It was a moving experience to be surrounded by healthcare workers for whom I have deep gratitude.

You still can watch Gyasi Patterson, director of Pastoral Care at UNC REX, read the poem “We Remember Them” and join in observing two minutes of silence. 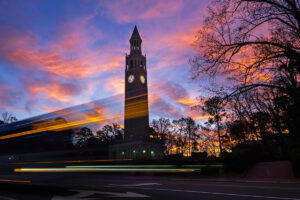