Jonathan Reckford, MBA, CEO of Habitat for Humanity, was UNC-Chapel Hill’s commencement speaker Sunday, May 12. A 1984 UNC alumnus, he shared his personal journey to where he is today.

Standing and grieving with UNC-Charlotte

We are horrified by, and grieving over, the senseless mass shooting Tuesday evening at our sister university, UNC-Charlotte. Our sympathies are with the families and friends of the beloved students who lost their lives, and for those who were injured.

On Friday, April 12, we learned about a video from a musical performance at a three-day "Conflict over Gaza" conference held on campus in March 2019. We co-sponsored the conference, just as we co-sponsor many campus conferences for which we are not responsible (i.e., don't participate in planning; don't see the speaker list or agenda). 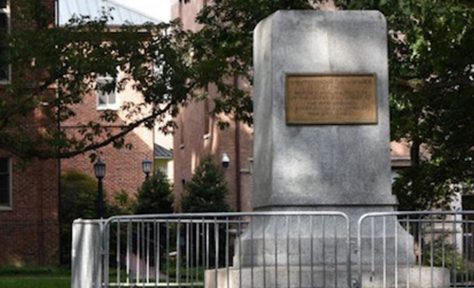 Disposition of a statue

The statement below reflects my personal opinions and does not represent the position of the Gillings School of Global Public Health or the University of North Carolina at Chapel Hill. It is longer than most of my Monday Morning posts – the topic is complex.

Thanksgiving 2018 In this message, I share observations from our annual World of Difference event, held November 8. The World of Difference dinner is our thank you to donors who generously support students, faculty and groundbreaking initiatives. This message is for those who attended and those who were not present. Throughout the evening, alumni told...

Kavanaugh hearings So much has been said and written about the special session in the Senate last week that was part of Brett Kavanaugh’s confirmation hearing. It was to be a time during which senators, their staffs and the public would hear from Dr. Christine Blasey Ford about her alleged sexual assault by Kavanaugh when both were in high school. Both would make statements and respond to questions from a seasoned attorney. Whatever the outcome...

Transcendent power of last messages In September 2007, people in academia and beyond were moved by the last lecture of Dr. Randy Pausch, Carnegie Mellon University professor of computer science, human-computer interaction and design. Knowing he was suffering from incurable pancreatic cancer, Pausch wanted to leave students and colleagues with last words about life from... 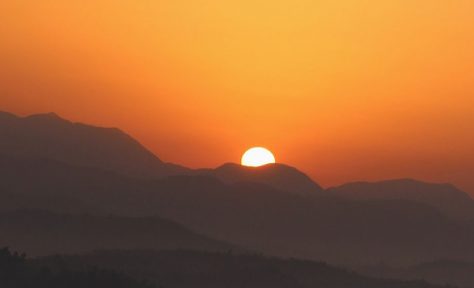 Toppling of the Silent Sam statue

My purpose in writing is to provide a perspective on the toppling of the Confederate statue called Silent Sam that occurred August 20 on the UNC-Chapel Hill campus.

Thanks to veterans and those in the military As one of three daughters of a brave, honorable, now-deceased WWII veteran who served as a medic in Europe, I salute and honor those who have served or are serving their countries. On a recent flight  I shared with more than 20 U.S. Army soldiers, I was...

Congratulations, Gillings School graduates!!! You did it, and we are so proud of you! Go out and leave your Tar Heel footprints all over the world as you improve health, the environment and well-being. You will make a positive difference in the world as the students who came before you have done! Sometimes, I wonder...

Black Panther Can Teach Us

Movies for life In the past few months, there have been a couple movies that speak to diversity in a way that demands attention and is becoming part of global culture. “Black Panther” is one of them, and I wanted to see it on the big screen. “Black Panther,” produced as part of the Marvel...

Choosing leaders is no simple matter. I read with interest last weekend an emailed announcement from William F. Lee, chair of the presidential search committee, about the selection of Lawrence Bacow as the next president of Harvard University. Bacow succeeds Drew Gilpin Faust, a president I have admired greatly for her scholarship, values and actions....

Being grateful Yesterday, a faculty member at another university, an extraordinarily accomplished woman with whom I worked a number of years ago, called to talk about what I have liked and disliked about being a dean. In speaking with her, I realized, yet again, how deeply grateful I am for the opportunity to lead the...

A sad day at Carolina The winds were swirling madly in the Caribbean last Friday, and we experienced our own storm in Chapel Hill (although, of course, nothing like the physical destruction wrought by Irma). The Board of Governors did the expected and ended the litigation authority of centers and institutes within the UNC system...

The wrong thing to do I had a fantasy last weekend as the media kept reporting that the president would announce an end to the 2012 Deferred Action for Childhood Arrivals (DACA) immigration program. I fantasized (in retrospect) that his exposure to the people of Houston, in their time of distress and peril, with thousands there...