Earlier today, we learned that Paul Farmer, MD, who started Partners in Health, died in his sleep over the weekend at age 62. 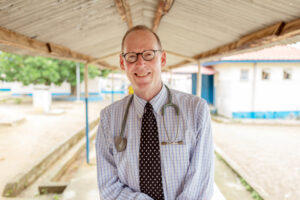 The Boston Globe reported that colleagues at Harvard said Farmer had been working and teaching at Rwanda’s University of Global Health Equity, which he co-founded.

I cannot believe Dr. Farmer is gone. He had such an amazing global presence. Dr. Suzanne Maman, professor and associate dean for global health at the Gillings School, recounted that many of their masters’ program applicants said they were motivated by Farmer.

I read Mountains Beyond Mountains, by Tracy Kidder. Farmer, the subject of the book, became one of my heroes for his work in some of the world’s most forgotten and challenging places and his willingness to risk a lot for the people who needed him most. A man who easily could have stuck to Boston, he lived in places like Haiti and Rwanda, where he cared for patients and people in communities most of the world ignored. He created Partners in Health, an organization that became one of the most influential global health non-profits.

About a year ago, Ashish Jha, MD, MPH, dean of the school of public health at Brown University, hosted a small gathering to which he invited Paul Farmer. I counted myself lucky to have received an invitation and thoroughly enjoyed the interaction with Farmer. A gentle but charismatic man with a beguiling sense of humor, Farmer was a giant. It was not just students who admired him. 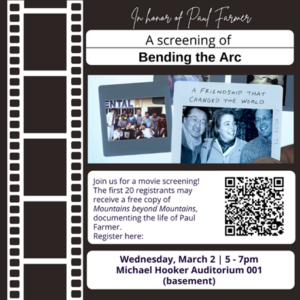 Farmer did his work with respect for all people and worked with communities, the only way global health work should be done. At Gillings, we mourn his loss. Our thoughts are with his wife, Didi Bertrand Farmer, and their three children. At his death, Farmer was Kolokotrones University Professor at Harvard University, chair of Global Health and Social Medicine at Harvard Medical School, and chief of the Division of Global Health Equity at Brigham and Women’s Hospital.

Gillings School global health students will host a screening of “Bending the Arc,” a documentary film about Farmer and his work, on Wednesday, March 2, 5-7 pm, in the Michael Hooker Research Center’s Blue Cross and Blue Shield Auditorium (Rm. 0001)
Barbara 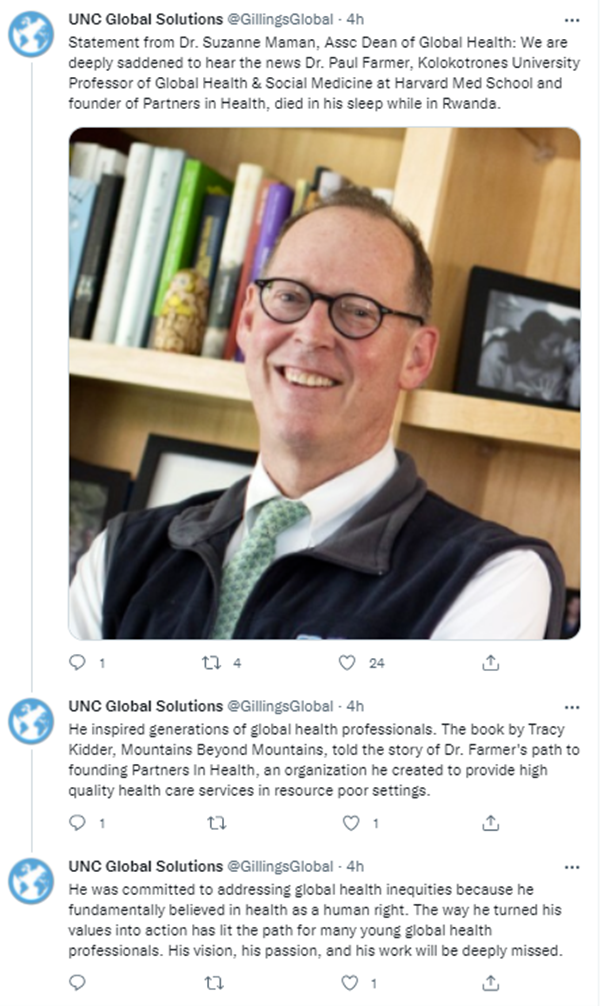